This autumn is a fruitful time in political life of the world. Elections that will take place in the USA and the elections that have already taken place in Russia – can determine the course and events of the whole world for the next few years. Not less important is the situation in Germany, where Angela Merkel is already reaping the political harvest that has embodied in losing the majority in Berlin’s elections. These events are very important for the Ukraine in particular. 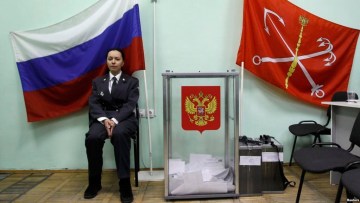 The results of the Russian elections (at any level) have stopped being an intrigue many years ago. Parliamentary elections of 2016 are not an exception – massive violations, propaganda on “silent days”, numerous puppet parties and candidates and as a result – ¾ of sits in the parliament are taken by effectively Puntin’s party “Edinaya Rossia” (United Russia). So what to expect? Obviously no good news for Ukraine. But there definitely will be changes inside Russia, and first victims of it will be the opposition that dared to show its head before the election in hope to change hopeless situation. Repressive tendencies in the field of human rights and freedoms, further self-isolation as a county, persecution of all kinds of public society initiatives will continue. 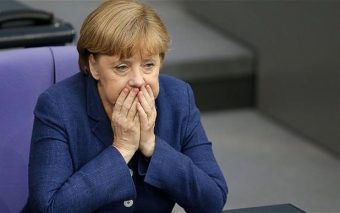 Positions of Angela Merkel, who has provided big political support for Ukraine in all negotiations in the Normandy Format and within Minsk-2 package, now are under pressure.

Another very crucial factor that will influence the situation in Ukraine and globally, are the results of Presidential elections in the USA.

Looking through the speeches of two main candidates at this point, many analysts say that Hillary Clinton could be a better option for Ukraine than Donald Trump. On the 12th of September, Ukrainian Institute for the Future (Kyiv, Ukraine), hosted a briefing with former US Ambassador in Ukraine – John Herbst. The diplomat has described current election campaign in USA as the most unpredictable since Kennedy’s elections, every stage of which was a surprise even for such professional as Mr. Herbs. Almost nothing was predicted by politics – starting from Primaries and finishing with today’s neck-and-neck results of polls. And even more unpredictable will be/could be the first steps of a newly elected president.

As for the Mrs. Clinton, we can make some predictions and have some hints. She had worked for a long time in the US Department of Stated, and some of the directions in the US foreign policy which are still in act, were developed by Mrs. Clinton; she is an experienced politician. Here, in Ukraine, we have more worries regarding Mr. Trump. This candidate’s open sympathy to Mr. Putin makes many Ukrainians a little bit nervous. Some members of Trump’s team had proven connections with Ukraine’s disgraced president V. Yanukovych and his environs, some of them have relations with Russia. Number of candidate’s statements has caused strong reaction in Ukraine, for example, his statement about absence of the Russian troops in the East of Ukraine. Mr. Herbst has also expressed an opinion that victory of Mrs. Clinton could be slightly more desirable for the Ukraine. Still, if we try to look more carefully on potential Mr. Trump’s interest in Russia, we can see a lot of subjective in it. The candidate has no direct and strong business connections or interests in Russia; he is not a good personal friend of Mr. Putin (as, for example, former prime minister of Italy – Mr. Berlusconi). What we can say definitely is that Mr. Trump likes an approach of the current Russian president – aggressive, eager, and strict. So, maybe it is just about personal sympathy. Anyway, what Americans have to remember is that with current political tops in Russia it is very hard to talk constructively with this country, behavior of this country shows that there is not such rule which cannot be broken, there’s no such information that cannot be turned opposite, there is no such obvious lie that cannot be said with a poker face to the rest of the world.

In any case, whatever choice the American people will make, we, Ukrainians, as well as the rest of the world, should accept and respect it.