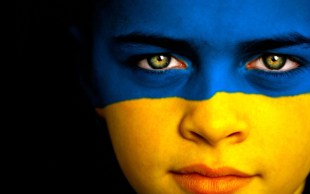 According to the information dated 2004, the number of Ukrainians living beyond their motherland ranged from 13 to 15 million people. Unfortunately, the reasons for leaving Ukraine are numerous as well.
Nonetheless, very often Ukrainians abroad (or shall we call them Ukrainians Away) keep in touch with their native country: some sending money to their families, some donating goods to charity, some trying to promote Ukraine and telling the World who we are, and others retaining Ukrainian culture and traditions abroad.
Recent dramatic years not only proved the importance of support from Ukrainians Away but also showed the power and influence of this activity. It is literally impossible to overestimate the contribution of Ukrainian diaspora all over the world.
Ukrainians from neighboring countries like Poland, Hungary, Slovakia, the Czech Republic and Romania have been sending humanitarian convoys (do not confuse this term with Russian “humanitarian convoys”) through all the years of the war here. Their constant information support and a wide range of activities in their locations are very important being a source of energy and will to fight for our country.
The contribution from Ukrainians in further Europe (Italy, France, Spain, Germany, Portugal and other EU countries) is also sufficient. A massive job has been being done in the information field which is of no less importance than a battlefield.
Ukrainian volunteers and activists claim that a huge support has been coming from Ukrainians in … Russia! Staying in effectively a totalitarian country and facing a real threat to their freedom and lives, these people have managed to take out money from the enemy’s economy to support our country.
Last but not least are Ukrainians in the USA, Canada, Australia and other faraway countries. This diaspora being well organized, the quality of their support and contribution is at a totally different level.
All these people make a dramatic effect contributing to the destiny of Ukraine as a country.
Likewise, this resource (one of not so many) is aimed at talking about Ukrainians Away – about people who often had to leave their native country but keep taking care of it.