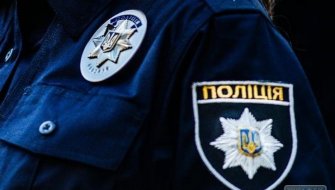 The reform of the Police in Ukraine is one of those little visible changes in the country since The Revolution of Dignity. So, it’s not really weird that our new National Police is a subject to be infinitely proud of for the Minster of Internal Affairs Arsen Avakov, the Chief of the National Police Khatia Dekanoidze, and plenty of others related officials. It goes even further: almost every delegate from the West, who have visited our country or have come here occasionally, underlines and determines this success. Ukrainian Partners from the West are quite pleased with the new direction of changes that have taken place, so the funding of this enterprise is quite generous. Lately, Canada announced another 8 mil. USD to support the new police reform. The recent proposition of the Cabinet of Ministers of Ukraine about additional funding of the power block has put police into the second place, after the Army, in the range of money recipients. We won’t mention already spent funds because numbers are unprecedented in the Ukrainian history. At the same time, we have one of the most brutal economic crises in this country since 1998. The solo depreciation of a national currency in three times in a six-month period have turned half of the people into a financially struggling group. 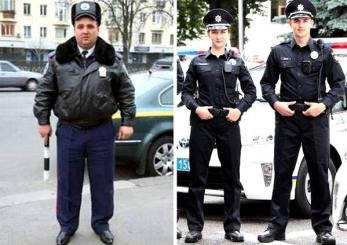 Firstly, the reaction of the population on a new police was warm and very approving. Young, fit, good looking policemen and policewomen on brand new shiny vehicles that were huge in contrast to previous “militia” (former name of police), that reminded quite a lot of a Soviet Union. They are polite and know the laws (kind of), but what is most important – they are trying to follow the law and make others do the same. The PR-company of this reform was so powerful and overmastering, that any critics, even reasonable and constructive, almost literally were drowning in it. It seems that to the Western partners the looks of a new police were the main indicator of the effectiveness of the reform. Very rarely Western partners are talking about statistics, numbers, and data.

Time has passed, and some drawbacks of a hasty reform started to pop up. Some of them are quite serious. It will be only fair to say, that the time for the new police is not the easiest one – war in the East of Ukraine caused migration of criminal elements from Donbas to the rest of the territory. This region, actually, is “famous” for its criminality. Also, the economic crisis always causes the rise of the crimes and violence, and Ukraine is not an exception.

At this point, we would like to say that we talk about the patrol police (and traffic police), as a most finished element of the reform. Other directions, such as investigation, are only about to be reformed. 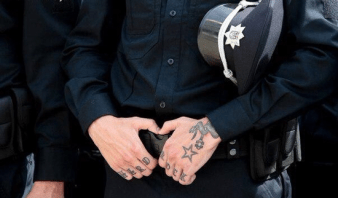 It was indeed a big achievement to manage to turn an ordinary young people into policemen and women in a six month period. But, mostly, in the past, those people had nothing to with the law enforcement or laws itself, not to mention the special physical condition, skills, police grip or professional intuition. Many of them have never driven a car and haven’t even had driver licenses. Most of them came from a private sector, and worked on different posts, starting from bank managers and finishing with bartenders. They are young, eager, bright-eyed and full of enthusiasm. But is it enough to be a policeman or a policewoman?

In a time of two weeks after its launch, new Police, only in Kyiv, has crashed 10 brand new Toyotas (cost of which in Ukraine is over 30 thousand USD) and lost 2 pistols (never found). And the numbers have kept growing. Later, the situation improved and the quantity of crashed cars has dropped, but still every month (if not weeks) we get reports of such accidents even now. Some policemen were caught in their cars drunk, thankfully after the service; some were selling on the Internet a crash helmet from the place of a bike crash; and some are just making selfies with little clothes on, instead of training or making other professional improvements. 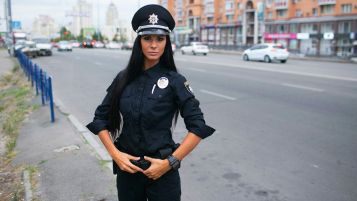 Recently we heard, in a very short period, about few situations where policemen were forced to give away their weapons (guns), and their colleague’s policewomen couldn’t do a thing about it. Actually, the last phrase was almost literally an official statement from the National police press service. Afraid to break a nail?

But all these are petty just accidents that should not undermine the general image of the new police. What can undermine the reputation of the police is the absence of the main result – the effectiveness, decline of the crimes, big number if stopped crimes and so on. That’s what is happening, unfortunately.

On August 24, 2016, in the village Kryve Ozero (Mykolaiv region) the police got a call from locals,  reporting about a family fight that was happening in the household. After quite sometimes patrol arrived at the place and found a screaming and arguing and a man. It is hard to understand police actions afterward, but the final result is tragic. Several policemen have put poor man on the ground and shot to death back to back, while he was not resisting in any way. His name was Alexander Zukerman, 31 y.o.

This dramatic event caused an outbreak in the village. Even more, outrages were following the actions of the local police bosses, who wanted to calm the situation down and pretend nothing has happened. But today Ukrainians have very little trust in any state bodies, and especially their representatives, so people started to protest and gathered in big quantities at the police station. The resonance of this event was so big that the Minister A. Avakov and the Chief of the National Police Kh. Dekanoidze couldn’t ignore it. The local police department was disbanded, some of the police bosses were sacked and 6 policemen were even arrested. Interestingly, this event took place only a few miles away from the village Vradiivka (Mykolaiv region) where in June 2013 militia released locals who collectively raped and tried to kill a local girl. That caused massive protests of the people and even an attack on the police office. Maybe, that’s why this tragic event got its nick name Vradiivka-2.

There are a lot of examples of incompetence and lack of help from the new National police. All these things are happening at the simplest, least complicated level– patrolling. What will the situation be with an investigation, where one needs professional skills, experience, and strong intuition? But it seems that police bosses are not extremely bothered with it because, alongside with the changed name (brand) and other attributes of the police, they have managed to work out an interesting way to measure the efficiency and results of policemen and women. Now, it is all about people’s opinion of the police that will be gathered through a special procedure that should be adopted by the Cabinet of Ministers of Ukraine. In other words, it should be sort of a poll. What would pose as questions? Who will conduct it? Who are those people who will vote? It all looks very weird. But, at least, it explains good looks and politeness of a brand new policeman and policewoman.

In this article, we were deliberate, maybe, too harsh on the topic. It is really not an easy job to reform such an important and dangerous sphere, and at the same time keep it working every day. But Ukrainians are not resting at the seaside as well. People are struggling to live every day, so there’s no time to build up a speed and do a hundred fail attempts before a single successful one. 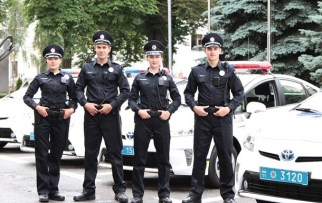 We can see that Ukrainian national police is on the right way, but it is still not there. There is a lot to improve and fix. Western partners and supporters of this reform should not be satisfied with a fancy façade – the changes should be effective and real.