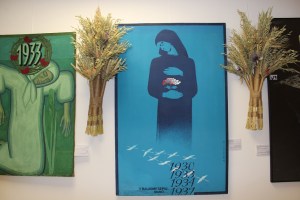 Within life, we are getting a lot of wounds and a lot of them can be healed. But there is some of them can’t be healed, or even forgotten, especially those that are on the body of a nation…on the body of the Ukrainian nation. This wound is Holodomor 1932 – 1933 that took a life of millions of Ukrainians, more than half the population of a country. The Holodomor was a famine in Soviet Ukraine in 1932 and 1933 that killed millions of Ukrainians. It is also known as the Terror-Famine and Famine-Genocide in Ukraine and sometimes referred to as the Great Famine or the Ukrainian Genocide of 1932–33. It was part of the wider Soviet famine of 1932–33, which affected the major grain-producing areas of the country. During the Holodomor, millions of inhabitants of Ukraine, the majority of whom were ethnic Ukrainians, died of starvation in a peacetime catastrophe unprecedented in the history of Ukraine.

Despite the decades passed, it still is in the memory of Ukrainians. Each year the nation commemorates all those who perished in the Holodomor, monuments have been dedicated and public events held annually in Ukraine and worldwide. 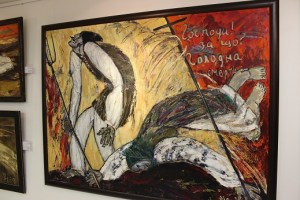 On Tuesday, November 12, USUBC (US – Ukraine Business Council) and Asters law firm organized an Art exhibition – UKRAINE’S FIGHT FOR FREEDOM, INDEPENDENCE, IDENTITY against repressions, starvation, terror, Gulag, persecution, domination, foreign aggression, corruption, terror. The exhibition featuring over 115 artworks by more than 40 Ukrainian artists who were motivated and bold enough to use their artistic talent to show visually the historic crimes committed against the people of Ukraine over the past 100 years. The artworks feature a variety of very strong, dramatic and emotional images that show the terror, persecution, domination, and repression suffered by Ukrainians. 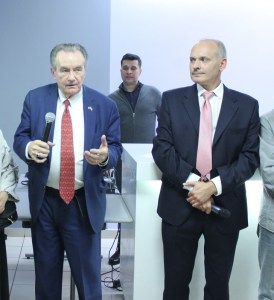 “Many of the artworks were hidden in personal art studios for years and are being shown for the first time. Several of the artists will be at the Exhibition. The artworks are all from private collections compiled and organized by Morgan Williams, Exhibition Curator.” – Morgan Williams, USUBC’s President said during a speech at the Asters law firm office.

Asters Senior Partner Armen Khachaturyan comments: “This year we are celebrating the 10th anniversary of ArtAsters project presenting the Ukrainian culture to the business community. This year USUBC President Morgan Williams acts as a collector and curator of the exhibition we are opening tonight. On behalf of Asters, I would like to thank Morgan and the USUBC for their continues support of the Ukrainian art”.

Some artists like Vira Barynova-Kuleba, Valeriy Vitter, Ivan Bondarenko, and wife of V.Kutkin were present during the event. 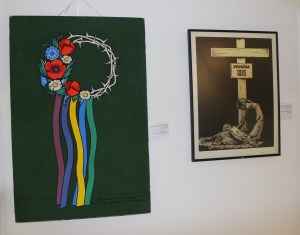 “We all know what happened in 1932 – 1933, let’s not forget this, as well all those who died…I want to thank Morgan William and Armen Khachaturyan for their effort and for this Art exhibition that reminded us about horrific moments of our history” artist Vira Barynova-Kuleba said during the speech.

The event was held in Asters office with more than a hundred guests, including government representatives, managers, diplomats, and public figures.