The Belgian Armored Car Corps back to Ukraine

There is almost no such country in the world that has not experienced horrors of war. These days’ Ukrainian people are fighting for their homeland, their freedom, and their lives. It is hard to believe that in the XXI century some countries do not share the only true conclusion – war is a big disaster; the only things it brings to people are suffering and devastation. It is even harder to believe, that world had so many horrible lessons, and there are still countries that have learned nothing. One of such lessons was a First World War.

Beautiful and prosperous Belgium of today, also faced scary grin of war many decades ago; it lost her sons and daughters.

These days the Embassy of Belgium is honoring the memory of the Belgian Armored Car Corps that took part in that war. 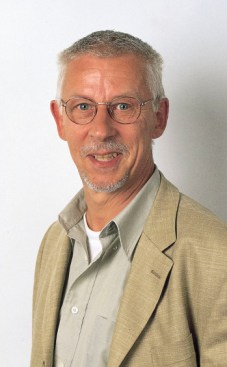 August Thiry and Jan Bultheel have come to Ukraine to present the book and film and to tell the story of only one episode of that war, but we can learn so much from it. Mr. Thiry – is the author of the book “King Albert’s Heroes”, the book “King Albert’s Heroes” – it is an fascinating story of ordinary young soldier in the extraordinary and breathtaking events. A Belgian elite army unit – the Belgian Armoured Car Corps (‘ACM’, standing for ‘auto-canons-mitrailleuses’) is an example of faithful service to King and Country and the extraordinary story of their journey around the world confirm this. Traveling expedition about ACM history took part in April – June 2016.

Denis Yatsyshin was trying to find out some more facts about Belgian Armored Car Corps that took part in fights during WWI.

(D.I.) Why you have been interested in this forgotten part of the history, ACM (Armored Car Corps)?

(A.T.) First of all one of the soldier of the corps has the same name as me – Thiry (first name Marcell), after the WWI he became a very famous Belgian writer. He was almost 18 years old when he joined the ACM. When I was studying at Leuven University one of my collage asked me “Do you know that one of the guy who has the same name as you was a soldier during WWI in a strange unit ?”. I was a bit surprised and of course I asked which unit. And then he showed me a book written by Marcell Thiry, I took this book and I thought to my self – very interesting. I read the book and it wasn’t a simple story about war. Instead of the traditional war story about the soldiers in the trench, this guy’s made a trip all over the world. Truly to say I was more interested in soldier’s’ minds than in battle history. Usually every soldier had a diary, so I found many diaries in Belgians museums and I thought that it is more than enough material to write a book. First I published coverage nearly 30 pages about “Belgians in war abroad” it was 30 years ago and then 10 years ago I published the book about Belgian Armored Car Corps in Dutch and in English it was called “Travelers in the great war”. In 2010 during the visit of the Crown Prince Philip with the economic mission to Ukraine, there were presented 3 books and one of this book was about ACM.

Can you tell me about the investigation process, how could you gather all this missed parts of the history about ACM?

(A.T.) Most of the soldiers were well educated, and they had diaries, photos, documents and etc. After they died their relatives gave all the materials to the History museum in Brussels. So, I went through the thousand pages of materials, and this material became a base for the book. After the war the soldiers who survived, every year gathered for a meeting, and what is really impressive the soldiers started to publish a magazine about ACM in 1924 – 1975. They included many stories about their past in WWI some of these stories sounded more like fable.

As far as I know the last soldiers who took part in WWI died about 7-8 years ago. It seems to me he was Canadian. Do you know the story of the guys after the WWI? Did they take part in the WWII?

There were 400 soldiers in ACM. And yes, some of them took part in the WWII. 40 soldiers died because of the injuries, others, for instance one of them became the Chairman of the Belgian Communist party but he was assassinating after the WWII, others became close to national movements and nazis, the other one became wrestling champion later he opened the café and he called it “Where the soldiers rest”. The other one died in concentration camp. In 1991 died the last soldier of ACM and unfortunately I couldn’t talk to him.

What is the influence of your work?

(A.T.) It was very interesting to Belgians and Ukrainians to hear that they have more in common than they think. When people hear about it they are all interested in this fascinating story.

You have written the book. What next?

(A.T.) The next exhibition will be in Moscow and then in the USA, maybe China. In 2017 my latest book will be translated in English.

Where it is possible to buy a book about ACM?

Thank you so much for the interview. I hope with the help of your book many people will open a new page of the common Belgian – Ukrainian history. Till that time we are waiting till you will shed light on new forgotten pages. 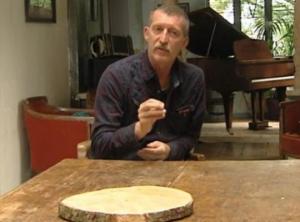 Jan Bultheel is the author of the “Cafard” movie. The armored vehicle is named “Cafard”: as indestructible as a cockroach, but also a symbol of nostalgia and melancholy.

(D.I.) What was the reason for shooting the movie?

(J.B.) I have been a film director in Brussels since I graduated from school, I have done a lot of different things and one of my ambitious dreams was to create a film for adult. I was looking something about WWI and once my wife met August. She told me about August story and I was really impressed after I decided to join the team and do my part of the job. So I bought and read the book, I was captivated by the story which was full of drama. So I contacted August, I made a research. And with the background of this story I have added some drama and fictional characters.

Was this project new for you? or you did something like that before?

(J.B.) It was the first time and it was very interesting for me. Shooting every scene of this movie I became the part of the book and the story. For me it was the way to tell more about WWI in a different alternative way. The film tells the story about simple people, men and women; it is universal story in ACM story.

Is it hard to shoot such kind of movies?

(J.B.) Well it is done with animation so it was easy to draw any scene.

Is it possible to watch this movie in the internet?

(J.B.) Everybody could watch it on Belgian Itunes. It has been in cinema and national TV.

Do you plan to organize some new projects about ACM?

(J.B.) I have been working on WWI project since 2011, so I think it is enough. When you shoot the war during 5 years then you want to do something else.

Thank you for the interview.