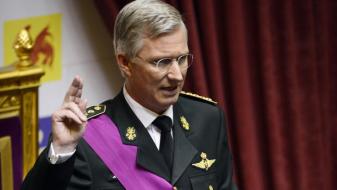 The King’s Feast, the day, when Belgians honor their royal family, has been celebrated in Belgium on November 15th since 1866. Though, monarchies these days are formal and take a limited part in the countries’ life, but monarchs and royal families are still great benchmarks of high standards of social behavior. The spirit of that ‘royalness’ is exactly, what filled the atmosphere during the celebration of the King’s day in Kyiv, organized this week by the Embassy of Belgium, and namely by the Ambassador Mr. Luc Jacobs.

It would have been difficult to select a better place for the concert dedicated to the King’s day than The National Philharmonic of Ukraine. The concert house opened doors for the first concert season in 1863 when the Kyiv Branch of the imperial Russian Musical Society was founded. Elegantly dressed guests and, of course, the hosts fit beautiful interior in the best way.

At the begging of the evening, Mr. Luc Jacobs welcomed guests, assured Ukrainians in the support of Belgium in our striving to become a part of the European family, with its high values, great cultural and political legacy. The wishes of a great concert became reality minutes later.

The main event of the celebration was a concert of a Het Collectief. Musicians return to the Second Viennese School, the roots of modernism. Starting from this solid basis, Het Collectief explores important twentieth-century repertoire, including the latest experimental trends. The music, that sounded at the event, was very special – modern variations of Hanns Eisler and Erwin Schulhoff, the brave transition of Olivier Messiaen, tempo, gamma – all was unusual. This choice of a headliner was deliberate, Mr. Luc Jacobs is almost famous among others diplomats because of his exquisite taste in music and arts and not less mentioning that Mr. Ambassador is a talented guitar player. 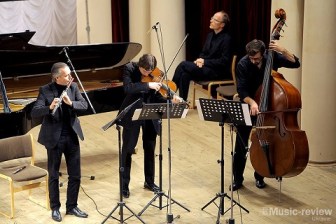 The first part of the concert literally flew by. Guests could enjoy the music and great soprano of Liesbeth Devos. During intermission the hall of The National Philharmonic filled with buzz: everyone wanted to share their impressions and some late guests (the weather in Kyiv that day was a reasonable excuse) were looking for Mr. Ambassador and his wife Anne.

The second part of the concert was very emotional, the repertoire impressed everyone – ovations at the end told everything themselves.

After the concert, guests had a great opportunity to share their impressions which were very bright. The musicians joined everyone minutes later, so all the compliments were expressed live. As usual, the Embassy of Belgium treated with delicious chocolate and the most important, world famous Belgian beer of many kinds. The guests definitely loved the event because they started to leave the hall of The National Philharmonic of Ukraine only late in the evening.

Another great event from the Embassy of Belgium in Ukraine. Thank you and congratulations!