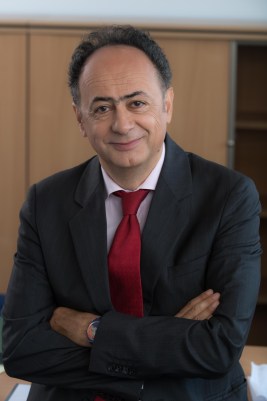 Hugues Mingarelli, Head of the EU Delegation to Ukraine

This month hopes, beliefs and expectations of many Ukrainians are about to fill with new energy or to be undermined rather seriously. Our country has changed dramatically over the last few years and even months. All this is happening under very uneasy conditions, keeping on fighting back to foreign military aggression. How will the European Union estimate Ukraine’s efforts? What are the real achievements and what is not more than smoke and mirrors? Head of the EU Delegation to Ukraine – Hugues Mingarelli, explains the current situation in the EU-Ukraine relations and expresses his opinion on the situation in Ukraine.

Recently the president of Ukraine P. Poroshenko announced that on the summit Ukraine-EU on the 21st of November the question of the visa-free regime will be finally addressed. What do you think about this announcement and when will Ukraine finally get the visa-free regime?

In Spring 2016 the European Commission assessed that Ukraine had fulfilled all its commitments regarding the visa liberalization action plan and met 150 benchmarks. Taking this into account, the Commission recommended lifting visas for short-term travel for Ukrainian citizens. This proposal now is in the hands of two EU co-legislators, namely, The European Parliament and the Council of the EU, which will have to adopt a decision lifting visas. However, due to the factors which are not related to Ukraine, a decision of visa-free is delayed since the EU Member States and the European Parliament first want to agree on the horizontal suspension mechanism, which will be applied to all existing visa-free agreements. Having said that, we all hope that as quickly as possible there will be a positive decision made by the co-legislators because Ukraine has done its homework.

Recently the Prime Minister of the Netherlands Mark Rutte said that the decision about Ukraine-EU association will be made by November 1st. If the Netherlands will not ratify this agreement, what will the EU do?

At the moment of this interview, the Netherlands government has not yet made a proposal to the parliament on how it sees the next steps addressing the results of the consultative referendum. Whatever decision is made by the Dutch political leadership, we will have to find the ways to implement the content of the Association Agreement, and in particular – a Deep and comprehensive free trade area agreed between the EU and Ukraine. And we will find the way. The political will on the EU side to implement the content of this agreement is there, the Ukrainian side is also determined to implement it. 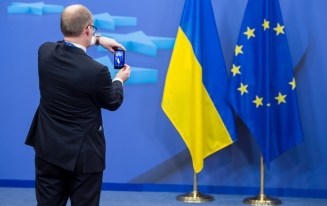 On the 24th of November, the EU-Ukraine Summit will take place in Brussels. What questions will be discussed there?

Our leaders will, obviously, take the opportunity of this Summit to give political impetus to the reform process and take the stock off what has been achieved over the last two years in terms of reforms, and a lot has been achieved. They will as well look at the next steps in reforms and the EU’s support to them, they will discuss the situation in the East of Ukraine and a number of regional issues.

Which Ukrainian reforms are the most important for the European Union and to which of them the EU pays the biggest attention?

There is an agreement between the Ukrainian leadership and the international community, in particular, the European Union, on the fact that most important issue in Ukraine is the efficient fight against corruption. The corruption is doing really big harm to the Ukrainian society and business, therefore we are very much focused on assisting the fight against corruption. We all agree that everything which has to with the rule of law has to be improved and, in particular, the functioning of the judiciary. We all consider that it would be difficult for Ukraine to be successful in its transition without strong and efficient State and therefore we are working with our Ukrainian friends to reform the public administration.

Another reform on which the President and the Prime Minister are fully committed is decentralization, namely, the will of the central authorities to pass more responsibilities and resources to local communities and to local authorities. In the economic field, it is important to complete the reform of the energy sector, in particular, through unbundling of the Naftogaz and promotion of energy efficiency. It is important as well to complete the clean-up of the banking sector – an area in which significant achievements have been reached due to the efficient work of the Chairman of the Central Bank. We have as well to create the conditions for small and medium business to develop in Ukraine because we know that SMEs are the ones which will create new jobs to the Ukrainian people and, in particular, its youth. Therefore, we have ambitious cooperation programs in the field of the development of small and medium enterprises under the EU4Business brand. More generally, we have to do everything possible to improve the business environment, including deregulation, so that Ukraine could attract the domestic and foreign investments and relaunch economic growth. 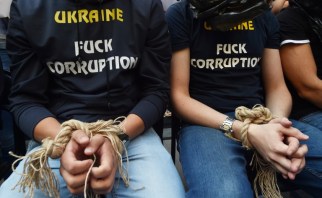 What reforms in Ukraine you can call as most successful and what are largest remaining problems?

In the anti-corruption area: the fact that a number of new anticorruption bodies have been established and electronic assets’ declaration system has been put in place and is functioning is a serious achievement. There is a new law on a civil service, human rights action plan has been adopted, the Constitution has been amended to allow the reform of the judiciary, in the energy sector a new law has been adopted to establish an independent energy regulator and the law on the electricity market is being discussed in Rada too. In short, a lot has been done. But there is still a lot of work ahead and we have to make sure that Ukrainian authorities do not backtrack on the reforms that already have been adopted.

Will you make change your activities in comparison to your predecessor Ambassador Jan Tombinski?

I think that Jan did a tremendous job while he was in Ukraine and I will try to do my best and be as efficient as he was.

Well, our main goal reaching out to our neighbors and in particular our Eastern neighbors is to promote the political association and economic integration with the EU. We offer to the  economies of the countries like Ukraine, Moldova, and Georgia to progressively integrate into the EU’s single market. This would allow Ukrainian companies to trade and invest in the EU without facing obstacles and this is one of the main objectives of our deep and comprehensive free trade agreements. We want as well to strengthen our cooperation in the security field, to boost the resilience of Eastern European countries to face foreign aggression, hybrid threats, cyber-attacks, radicalization and other threats. And, as I said, through intensified political dialogue we want to share our experience in term of promoting an open and democratic society and building stability in the region through better regional cooperation.

So the membership is not the main goal?

Today membership is not on the agenda. Today. 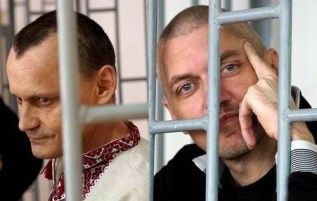 What is the position of the European Union regarding Ukrainian prisoners in Russia? What will EU Delegation in Ukraine undertake to help make them free?

You know that the European Union fully backs the implementation of the Minsk agreement and therefore supports all efforts deployed in the framework of the so-called Normandy Format, in the framework of the Trilateral contact group, and the efforts undertaken by the OSCE. In this framework, the release of the Ukrainian prisoners has to be discussed and addressed and we hope that when the four members of the Normandy Format meet in November to discuss the Roadmap they have agreed to draw up at recent Normandy Summit Berlin, they will as well pay attention to the release of prisoners.

Some EU countries occasionally express a point of view that differs from the general EU line toward Ukraine. Is there some sort of opposition to Ukraine, maybe anti-Ukrainian lobby in the EU?

My feeling is that all 28 EU Member States are united when it comes to helping Ukraine. The Association agreement has been ratified by 27 member states this shows that most all of them want to move ahead into deepening the relations between Ukraine and the EU. And when it comes to providing assistance to Ukraine, I have never heard any objection from an EU Member State. EU is providing a considerable amount of funding to Ukraine and EU Member State are unanimous in considering that this is necessary.

As for the Minsk Agreement and Normandy Format, we hear that France expressed a different opinion than, for example, Germany. Mr. Hollande believes that the elections should take place in Donbas as soon as possible and on the other hand Mr. Steinmeier has claimed that there are no proper conditions for the elections in Donbas. What is your opinion?

At the Berlin Normandy summit, four leaders agreed to draw up a roadmap in the next few weeks and currently the experts are working on the basis of the draft produced jointly by the German and the French. So I assume there are converging views between this two countries, as they have been able to put forward a joint draft Roadmap. What all EU Member States want is to see a lasting sustainable and peaceful solution to the conflict on the basis of the full respect of Ukraine sovereignty and territorial integrity. 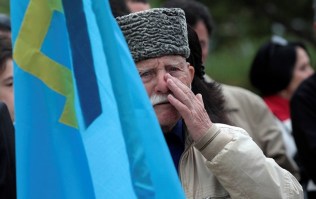 As for the Crimean Tatars, does the EU have any particular policy or a plan to help solve this crisis?

We know that over the last two years there has been a deterioration of the human rights situation in Crimea and in particular regarding the Tatars community. We consider that the ban which has been pronounced on the Mejlis is not acceptable as it is denying certain fundamental freedom to the Tatar people. We, therefore, are following very closely what is going on with the Tatar community in Crimea to ensure that their basic rights are respected. In Ukraine, we deliver humanitarian aid and also support internally displaced people, no matter whether a person comes from Donetsk or Lugansk regions or Crimea.

You have been working in your post for several months in Ukraine. What are your first impressions?

My impression is extremely positive. I am in the country where very ambitious reform process in under way. The majority of the population and majority of the political establishment are really willing to transform this country into an open and democratic society with the social market economy. It is clear that this transition is taking place in very difficult circumstances. There is, first of all, a foreign aggression against this country, which draws a lot of resources and energy. There are also vested interests, who are trying to delay the reform process. Therefore we witness a constant fight between the reformers and those who would like to keep Ukraine as it has been during the first 23 years of its independence. The EU will stand firmly behind the reformers in the Government, in the Rada and in the civil society.

What are your plans at your post? What was the hardest thing for you to do?

My plan, together with my colleagues of the European Union Delegation in Kyiv, is to be at the disposal of the Ukrainian Government and the Ukrainian civil society, to share the best of the EU experience in terms of establishing a democratic society and a social market economy. We are here to share and assist Ukraine on its path of reforms, not to teach anybody.